I recently attended a four day, Just Culture Certification Course hosted by Outcome Engenuity. For several years my company has attempted to adopt a Just Culture philosophy with limited resources and limited knowledge. I was given the job of spearheading this effort with only book knowledge. What little I understood about Just Culture, I learned from reading David Marx’s “Whack a Mole” plus any and all articles that I could get my hands on. Now with the benefit of the certification course, I am more committed than ever and realize adoption is critical to a respectful, accountable company. The premise is seemingly simple and obvious, but implementation is a challenge that requires a slow and methodical change in culture, as the following case study demonstrates.

Several years ago, before Just Culture, my company (which operated 20 skilled nursing and assisted living facilities) was tackling the issue of noncompliance with care plans. To combat this serious issue and to incentivize staff to follow resident care plans, a stringent policy on care plan compliance (CP) was created. In essence, if a CP was not followed and resulted in harm to a resident, the employee was immediately terminated, no questions asked. If there was no injury to the resident, the policy provided for a lesser form of discipline such as a written warning or a final written warning. We thought we were systematically ridding the organization of staff that blatantly chose to disregard a resident’s care plan, which would sustain operations with only compliant staff — the “good staff.” The Department of Health, residents and their family members were also on board with this response, especially if the outcome of the noncompliance was a severe injury.

As you might imagine, this approach proved unsuccessful for several reasons. First, a culture of mistrust and anger instead of transparency and learning prevailed because of the strict response to outcomes. Discipline was levied as a result of the outcome. Severe outcome equaled severe discipline, while no harm equaled a slap on the wrist. There were definite moments when turning a blind eye to care plan noncompliance was par for the course. Second, by punishing staff and not investigating an incident to determine the root cause, the noncompliance simply continued. We fooled ourselves into believing that noncompliance was abolished. We were naïve to the fact that our staff just got better at circumventing CPs and the majority of the time did so with no adverse outcome. We were none the wiser until something tragic occurred. We truly believed that noncompliance was only occurring if and when we heard about it. That was a serious mistake. We missed golden opportunities to learn and to create a safer environment by creating a culture of blame. There was never any consideration given to why staff did not follow a CP, nor were systems assessed for inherent risks. We did not learn how to prevent care plan noncompliance because we didn’t ask.

After coming to grips with the fact that CP noncompliance still existed, we asked the facilities to focus on WHY noncompliance occurred rather than simply reporting it. Often because staff was so busy, it was easier to forego a root cause analysis of a situation and just allow the employee to be disciplined.

We realized we had not considered any of these questions. We realized we did not have bad actors, rather, staff members were just trying to get the job done, and that was their goal, tools or not. Our task was two-fold: provide line staff with the tools necessary to follow a care plan in varied situations and support the management team’s handling of CP noncompliance.

We began by creating an algorithm to guide us based on the Just Culture Algorithm but on a smaller scale. This was beneficial in that it allowed managers, faced with care plan noncompliance situations, to fairly and objectively determine what actually happened and why it happened. It was truly the beginning of a culture of learning and ultimately preventing errors.

The culture change was not without difficulties. Since this initiative followed an era of punishment, most staff assumed the new approach was the opposite as in “anything goes.” They thought that since we were now a Just Culture organization, bad behavioral choices were acceptable and discipline was a thing of the past. That couldn’t be further from the truth. In Just Culture, there is dual accountability: employees are accountable for their own choices and the organization is accountable for its systems.

This “anything goes” mentality hindered the full adoption of Just Culture in several ways:

We had and to this day still have a lot of ground to cover. Just Culture is a model of shared accountability. The model holds organizations accountable for their system design and for a fair and just response to employees’ behaviors. Employees are accountable for their choices and for reporting potential and actual errors. The organization is responsible for managing the systems in place as well as managing an employee’s behavioral choices within those systems. Our company is working on all of these components. Our adoption of a Just Culture is in progress because we believe it will make us a far better company in the end. 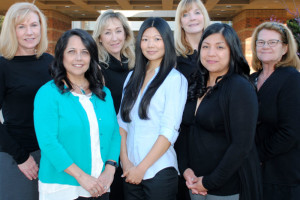 Journey of an Occurrence Report

Journey of an Occurrence Report